A perfect circle at the water's edge, Aldar's new headquarters is the centrepiece of Al Raha Beach, an exclusive new city on the outskirts of Abu Dhabi.

This iconic tower pioneers the vertical village concept in Australia – delivering a flexible platform designed to support its tenants every need.

400 Park Avenue South offers residents unobstructed of the Manhattan skyline, as its height required a special zoning review when constructed. 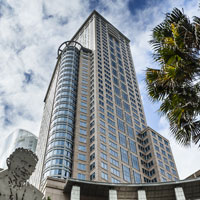 The EY Centre’s striking timber and glass closed-cavity-façade, and its innovative smart-building technology, distinguish this 38-story office building in the Sydney skyline.

CPP was the first US company to provide wind engineering services to architects and engineers. Their founders helped create the tools and methods that remain the standards of the industry.

Today, CPP is a leading international engineering firm providing consulting services for wind effects on buildings and structures, exhaust dispersion for commercial, academic, and industrial facilities, and air flow in and around buildings.

They thrive on solving engineering challenges for clients and their multidisciplinary approach means they can serve clients in a wide range of fields. Whether you’re a project manager who oversees the development of a solar power plant in the desert or a mechanical engineer designing the ventilation system for a downtown museum, CPP can help you get the job done effectively. 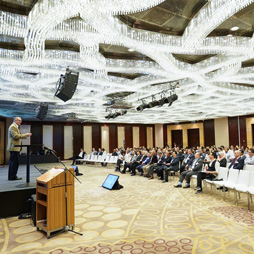 21 Feb 2019, Event Report – CTBUH Malaysia hosted a seminar exploring the relationship between the design and… 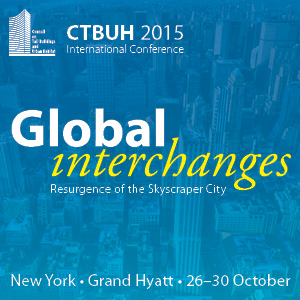 CTBUH Malaysia Hosts Seminar: The Public Realm of Tall Buildings
21 Feb 2019, Kuala Lumpur – Event Report
CTBUH Malaysia hosted a seminar exploring the relationship between the design and planning of high-rise structures with the life and energy of the city that surrounds them. Is Your Supplementary Damping Going to Do What You Want It To?

Challenging Paradigms in the Wind Engineering Design of Tall Buildings

Is Your Supplementary Damping Going to Do What You Want It To?
20 Oct 2018 – Roy Denoon, CPP Wind Engineering and Air Quality Consultants
Supplementary damping in tall buildings is most commonly specified for the purposes of improving occupant comfort, or more pragmatically, reducing the potential for significant complaints to the building owners, builders, developers, and operators,…

Re-Examining and Re-Interpreting Approaches to Wind in the Urban Environment
1 Nov 2017 – Roy Denoon, Cermak Peterka Petersen (CPP)
This presentation examined global municipal approaches to urban wind environments, although it is not only governments that should be concerned about pedestrian wind conditions. Developers and architects also have an interest in providing pleasant…

New CTBUH Guidelines for Wind Tunnel Testing of Tall Buildings
3 Feb 2010 – Presentation at CTBUH 2014 Shanghai Conference; Peter Irwin, RWDI ; Graeme Wood, CPP
Wind tunnel testing is a critical part of the design of tall buildings. This situation has highlighted the need for a guideline that helps the non-specialist to gain an understanding of the impacts of wind on tall buildings, the methods used in wind…

Predicting Wind Effects and Performance of the Irregular
26 Oct 2006 – Presentation at CTBUH 2006 Chicago Conference; Roy Denoon, CPP
Roy Denoon, CPP highlights that while irregular architecture poses challenges for structural engineers in terms of developing structural framing, it can be very advantageous in reducing wind loads and responses at the CTBUH 2006 Chicago Conference in…

Harvesting Wind Power from Tall Buildings
Mar 2008 – CTBUH 2008 8th World Congress, Dubai; Roy Denoon, Brad Cochran, David Banks & Graeme Wood, Wind Engineering and Air Quality Consultants
The incorporation of wind turbines into tall buildings is becoming increasingly common, however, there are a number of considerations that should be assessed in determining the long-term environmental benefits of these incorporations.

State of the Art Review of Wind Tunnels and Physical Modelling to Obtain Structural Loads and Cladding Pressures
Mar 2006 – Architectural Science Review March 2006; Leighton Cochran, Cermak Peterka Peterson, Inc.
The use of the wind tunnel as a building design tool has become much more commonplace in recent years. Its effective use requires close coordination between the architect, the structural engineer and the wind engineer, with the architect…

Wind Engineering for the Las Vegas Stratosphere Tower
Sep 2005 – 6th Asia-Pacific Conference on Wind Engineering 2005; Daryl W. Boggs & Roy Denoon, Cermak Peterka Peterson, Inc; Brent Wright, Wright Engineers
A wind tunnel model of the Las Vegas Stratosphere Tower was first tested as part of its design in 1991, but this proved to be only the beginning of a long series of modifications and additions that warranted additional wind-engineering investigations…

Acceleration Indexes for Human Comfort in Tall Buildings - Peak or RMS?
Jul 1995 – CTBUH Monograph 1995; Daryl W. Boggs, Cermak Peterka Peterson, Inc.
Traditionally, the effect of vibration on human comfort has been evaluated using the rms value of acceleration. The differences between these two methods are examined, and the importance of making a rational selection of the appropriate motion index…

Wind Speeds for Design of Temporary Structures
Apr 1992 – 10th ASCE Structures Congress 1992; Daryl W. Boggs & Jon A. Peterka, Cermak Peterka Peterson, Inc.
Wind speeds for the design of permanent structures are traditionally specified as a “return period,” or more properly mean recurrence interval, which is the same as, or greater than, the assumed life of the structure. No such tradition or guidelines…

Validation of the Aerodynamic Model Method
Jan 1992 – Journal of Wind Engineering and Industrial Aerodynamics 1992; Daryl W. Boggs, Cermak Peterka Peterson, Inc.
The principles of aeroelastic and aerodynamic models are distinguished, and aeroelastic magnification is identified as a possible source of unacceptable error in the latter type of model. Results of new test show that the reduced velocity, in…