Grimshaw was founded by Sir Nicholas Grimshaw in 1980. The practice became a Partnership in 2007 and operates worldwide with offices in New York, London, Melbourne, Sydney and Doha employing 325 staff.

Grimshaw’s international portfolio covers all major sectors, and has been honored with over 150 international design awards including the prestigious Lubetkin Prize.

The practice is dedicated to the deepest level of involvement in the design of their buildings in order to deliver projects which meet the highest possible standards of excellence. The company’s work is characterized by strong conceptual legibility, innovation and a rigorous approach to detailing, all underpinned by the principles of humane, enduring and sustainable design. 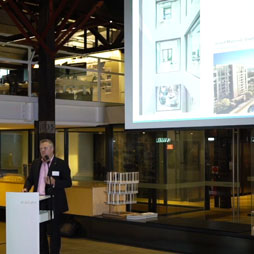 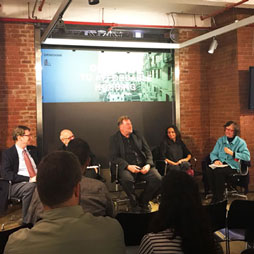 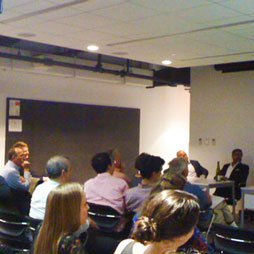 Skyscraper Summit Warms Sydney Up for CTBUH 2017
18 Aug 2017, Sydney – Event Report
A joint venture between the Urban Taskforce and CTBUH delivered a successful “warm-up” event in advance of the CTBUH 2017 Conference in Australia on August 18, 2017.

Motorsport Technology Transferred to the Design of Towers
10 Feb 2016, London – Event Report
A discussion on the application of Computational Fluid Dynamics, a successful technology in motorsport and aerospace, to architecture and tall buildings. 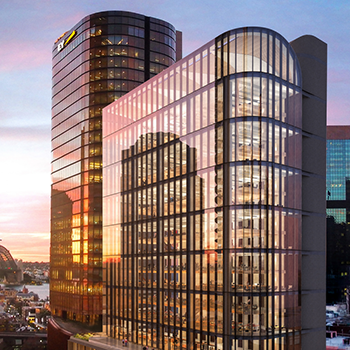 Designing Transport for Growth: Melbourne Metro & Beyond
2 Nov 2017 – Neil Stonell, Grimshaw Architects
Australia’s largest cities, like many global cities, are facing rapid population growth. As such, effective public transport systems are essential when considering the demands that are, and will be, placed on aging networks. Metro rail offers an…

Architecture for Pedagogy and Urban Intensification: Designing the Future
30 Oct 2017 – Presentation at CTBUH 2017 Australia Conference; Andrew Cortese, Grimshaw Architects
The integrated redevelopment of Arthur Phillip High School and Parramatta Public School is a landmark education project for the state of New South Wales and Australia. It will be the state’s first public high-rise school and a prototype for future-…

The Vertical Master Plan
27 Oct 2015 – Presentation at CTBUH 2014 Shanghai Conference; Neven Sidor & Temoor Ahmad, Grimshaw Architects
With over half of the world’s population now living in an urban environment, major world cities (especially) will always grow in population over time. To avoid city sprawl, urban densification will be required. This will need to happen at a steadier…

Density Without Compromise
Oct 2011 – Presentation at CTBUH 2011 Seoul Conference; Keith Brewis, Grimshaw
Grimshaw will suggest that if cities are to grow and densify in a manner which sustains and nurtures a 'living' urban fabric, then tall buildings must consider every aspect of social well-being including ecological, community and public realm…

The Vertical Master Plan
26 Oct 2015 – Global Interchanges: Resurgence of the Skyscraper City; Temoor Ahmad & Neven Sidor, Grimshaw Architects; Steve Watts, Alinea Consulting; Adam Miller, Thornton Tomasetti
With over half of the world’s population now living in an urban environment, major world cities (especially) will always grow in population over time. To avoid city sprawl, urban densification will be required. This will need to happen at a steadier…