One Madison Park is situated in a unique location on the Manhattan grid. The strong yet simple form rises from a seemingly impossibly small New York City site.

The New York Times Building is a 1.5-million-SF, 52-story building on Eighth Avenue in Manhattan, anchoring the west side of the redevelopment of Times Square.

After more than a decade in the planning, a new mixed-use business district rising 4 kilometers west of the Kremlin, is a symbol of Russia’s ascent in the global economic playing field.

Veer Towers takes on the challenge of building a sustainable, all glass tower in the desert environment of Las Vegas through its exquisitely detailed facades.

Intended to resemble a translucent crystal with its design, the late-modernist tower is located in the South of Market district in downtown San Francisco.

This Midtown hotel consists of two independent hotels vertically stacked and separated by a sky lobby.

Located on beachfront land along the Atlantic City Boardwalk, Revel became the tallest building in Atlantic City upon completion.

The UN Secretariat symbolizes Modern architecture but required a renovation to bring technology and space into the current era.

An American Art Deco skyscraper that forms the centerpiece of Rockefeller Center in midtown Manhattan, the GE Building is one of the most recognized skyscrapers in New York.

The complex design of this midtown Manhattan skyscraper reflects the structural requirements of a markedly elongated tower. 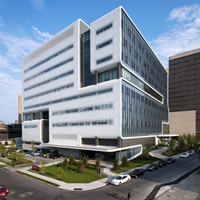 400 Park Avenue South offers residents unobstructed of the Manhattan skyline, as its height required a special zoning review when constructed.

Baccarat Hotel & Residences form and craftsmanship is inspired by the eponymous luxury crystal brand that owns the building.

56 Leonard's irregularly projecting floors, as well as the irregular spacing and location of the balconies throughout its 57 stories have nicknamed the building the "Jenga".

The tower features 13, three-story skygardens that bring vegetation through the height of the tower, as well as a sky bar, 269 meters above ground.

This building uses four glazing systems to make up the façades; a cable wall, and three types of shingled curtain walls, composed of energy-efficient glass.

This office building was renovated to have new elevator cabs, façade, and atrium, as well as infrastructural changes to electrical and cooling systems, and security in 2008.

Vidaris is a provider of niche consulting services within the architecture, engineering and construction industries focusing on high-performance buildings and specialty structures. Through an integrated, holistic approach, our professionals provide solutions for building envelope, energy efficiency and sustainability projects.

Today, Vidaris’ experienced professional staff, made up of architects and engineers, provides an integrated, holistic approach to building challenges by delivering expert advice across multiple service offerings. Vidaris continues to work collaboratively with design teams (architects, engineers, other specialty consultants, manufacturers and contractors), assisting them throughout the design, construction, and post-occupancy of new and existing building projects. 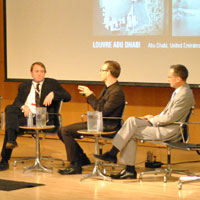 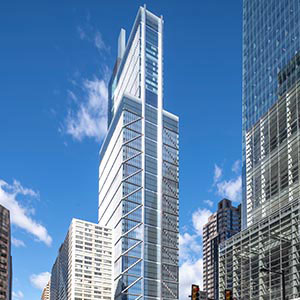 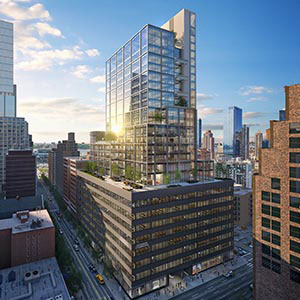 The Skyscraper of the Future: Integrating a Flexible Program with Energy Innovation

The Skyscraper of the Future: Integrating a Flexible Program with Energy Innovation
26 Oct 2015 – Global Interchanges: Resurgence of the Skyscraper City; Stanford Chan, John Hannum, William Logan & Marissa Vaish, Vidaris, Inc.
New York is a city that’s experienced more than 125 years of skyscraper development. The rich history of tall-structure development here creates both a cautionary tale and learning opportunity for the development in the rest of the world. Where…